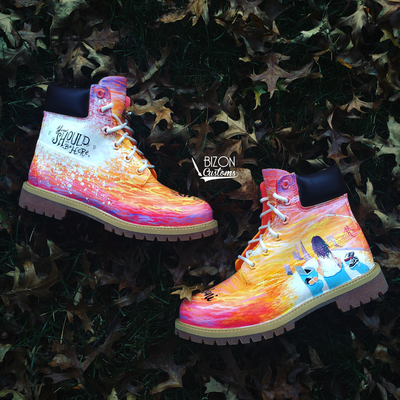 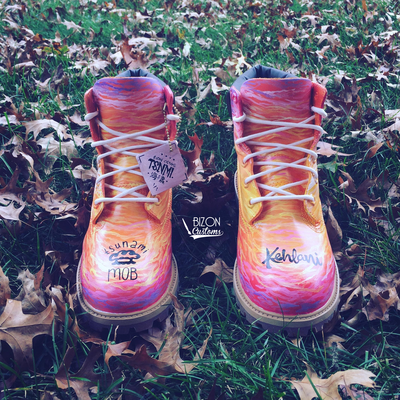 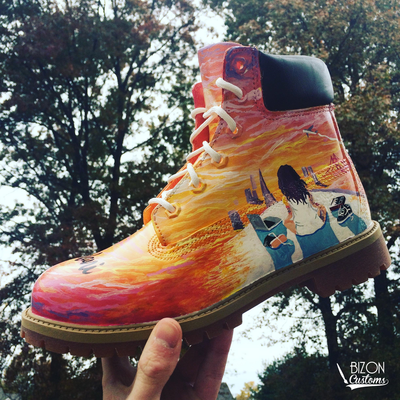 I had the opportunity to make this pair of custom Timberland Boots for Kehlani Parrish, an up and coming Atlantic Records recording artist who creates both Hip-Hop and R&B music. The design involved recreating her album's likeness on one shoe and using the album's name, "You Should Be Here", on the other shoe. The toe boxes feature both her personal logo and group's logo, the Tsunami Mob. I finished off the remainder of the canvas with the continued sunset, switched the laces for a white pair, and customized the Timberland hangtag.
"You Should Be Here" received a Grammy nomination in 2016 for Best Urban Contemporary Album.

Disclaimer: I am not associated with Atlantic Records nor the creator or owner of the logos and album art produced on the shoes. You Should Be Here and the associated work is not my property or work.