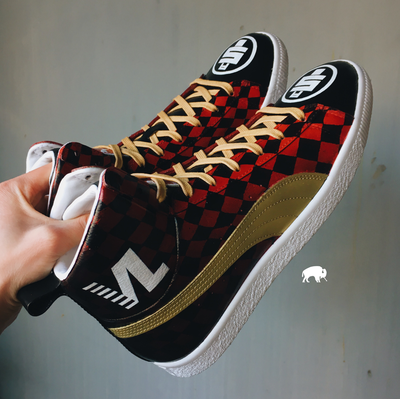 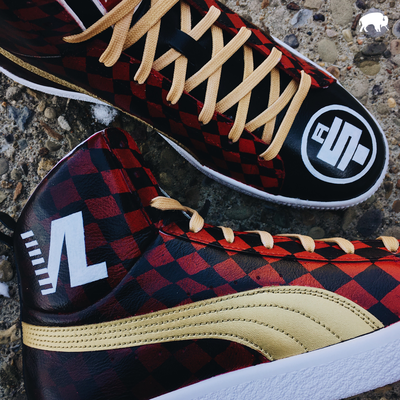 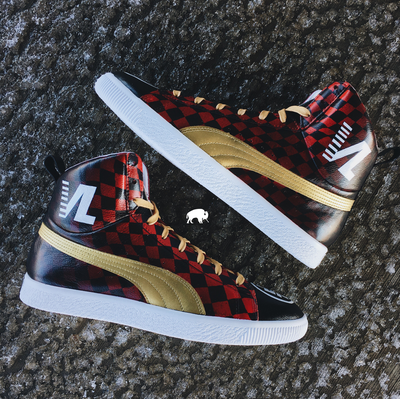 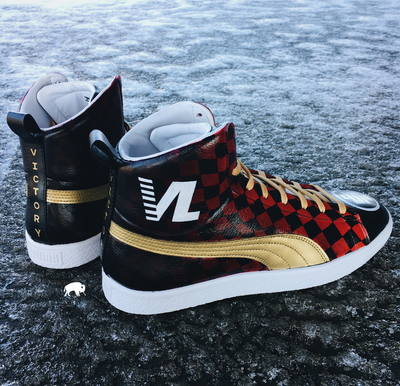 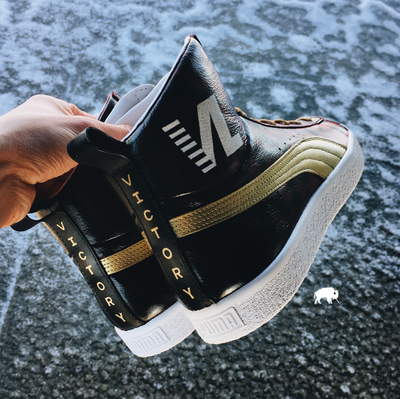 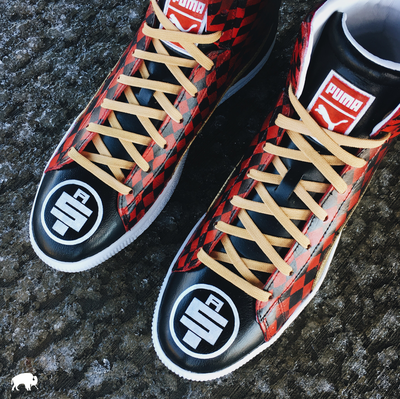 I worked with Atlantic Records to create this pair of Pumas to commemorate the formal debut album of rapper Nipsey Hussle. His album, Victory Lap, was released on February 16th, 2018. The shoes were given to Nipsey Hussle at NBA All Star Weekend for the album release party and Marathon pop-up store.

Nipsey has a partnership with Puma, so it was the perfect canvas for this project. I included the logo of Nipsey Hussle's record label, All Money In, on the toe box. The uppers have a flag-like checkered pattern and the "VL" logo used for the album branding. I finished them with gold laces and "Victory" lettering on the heels.