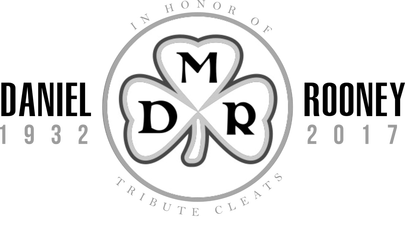 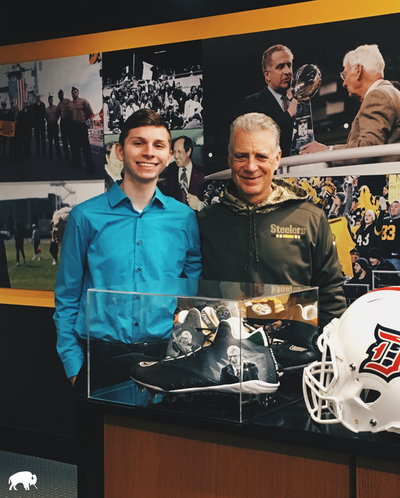 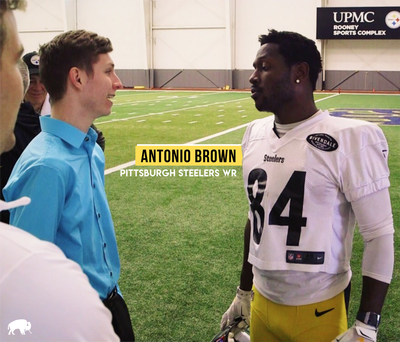 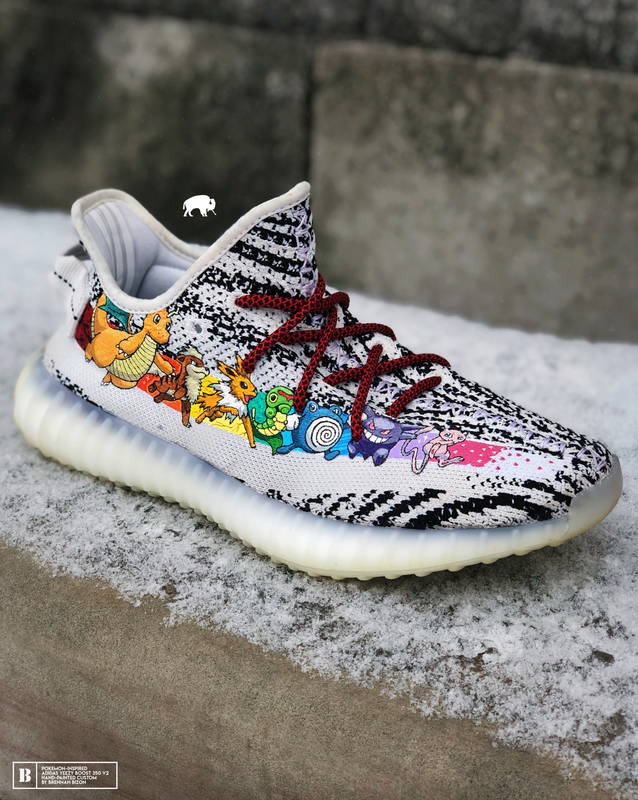 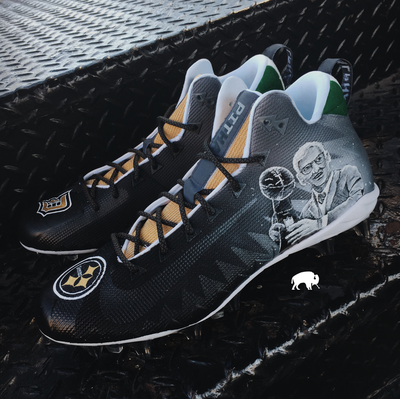 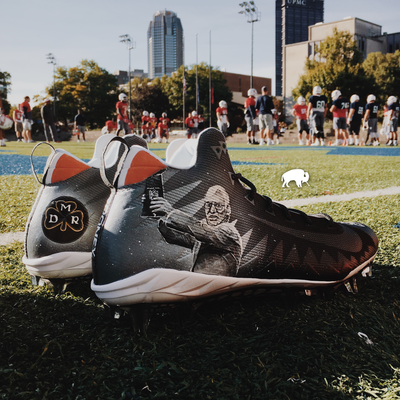 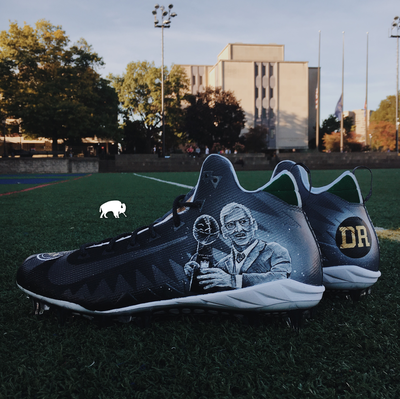 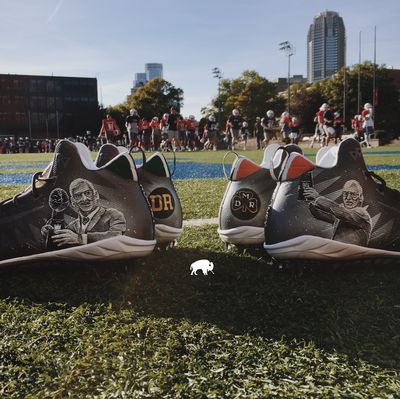 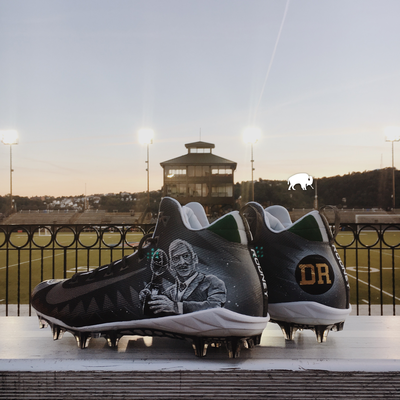 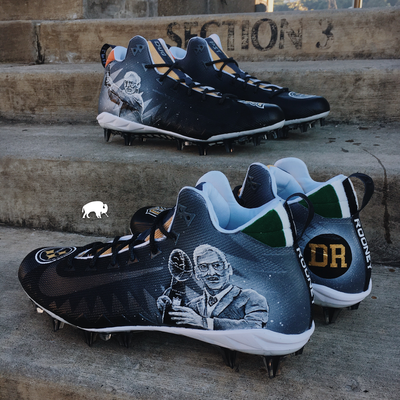 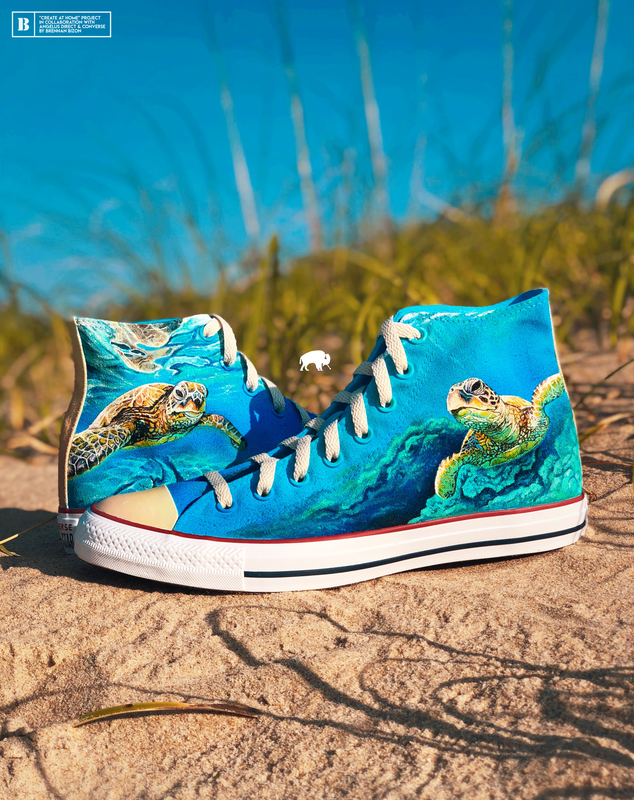 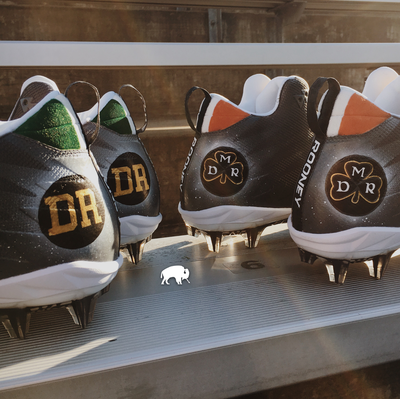 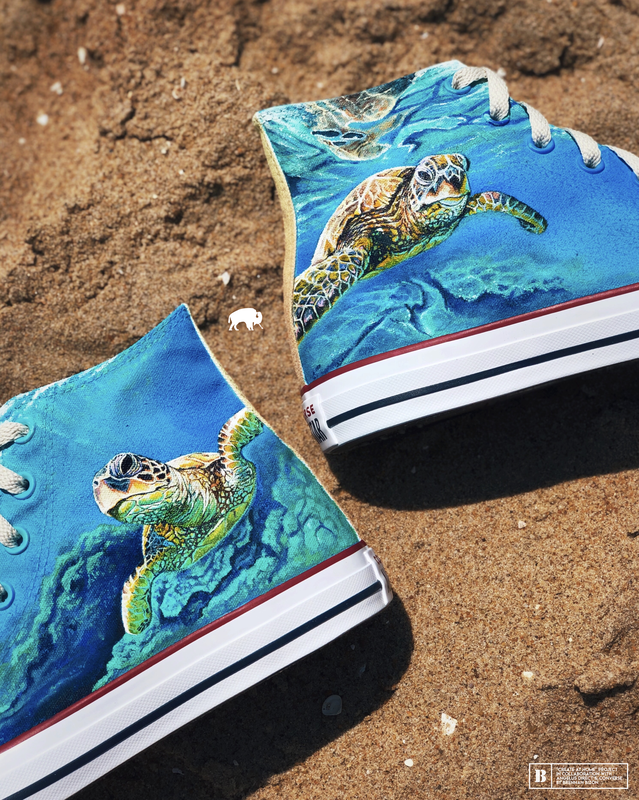 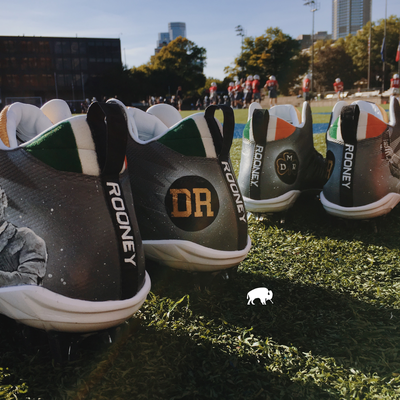 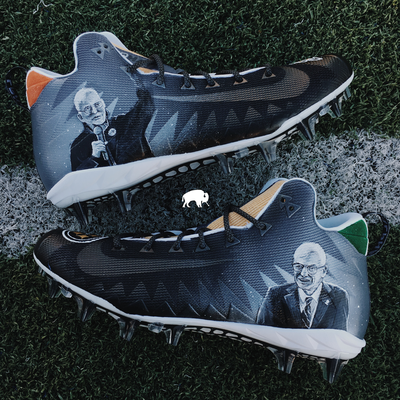 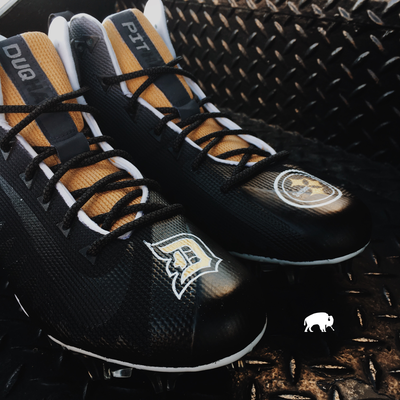 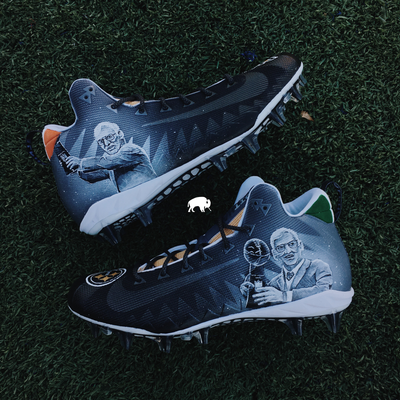 I worked with the Duquesne University Athletic Department to create these two pairs of custom cleats to pay tribute to the Steelers' great, Dan Rooney. Mr. Rooney, an alumni of Duquesne, served as the Pittsburgh Steelers President and owner throughout the course of his career. He was with the organization for all 6 Super Bowl victories, and was inducted into the Pro Football Hall of Fame in 2000. He also served as a US Ambassador to Ireland, represented by the Irish flag on the back of the cleats.

The two pairs used different portraits as to remain unique and one of one. I had the opportunity to visit the Steelers' practice facility and headquarters to personally deliver one pair to Art Rooney II, the current owner of the Steelers. The cleats are now on display at the facility.